(IMPORTANT JUNE 2020 UPDATE: The 2020 CWW is now an Online Conference to keep everyone safe, on the new date of September 12, 2020. There is much more to say about this, but immediately you should understand 1) This will be easy and awesome, and online conferences we’ve done thus far have received wonderful feedback, 2) You do not have to be tech-savvy to do this, and 3) We are keeping all aspects of the event, including one-on-one agent & editor pitching, which will now be done by Skype or Zoom or phone. Learn all details about the (new date) Sept. 12 CWW Online Conference here and what everything means.)

Brenda M. Hardwick has been writing since she was ten, beginning with poetry. Then she started writing stories. Fantasy was where she landed because she could create everything and place it anywhere and any-when she wanted.

After winning second place in Rocky Mountain Fiction Writer’s Colorado Gold Contest with the first three chapters of Harlem Angel, Book 1 of The Circle in 1993, life happened. Twenty-five years later after retiring from a twenty-seven-year career in state government, Harlem Angel was published in 2018. The sequel, The Conductor, Book 2 of the Circle, is scheduled for release in February.

Brenda lives in Colorado with her dog Lelu and has two sons, six grandchildren, and one great-grandchild. She is doing critiques as part of the 2020 CWW.

Tara Bailey is the founder and CEO of Bailey Publishing House.

At the 2020 Colorado Writing Workshop, Tara is meeting with writers for add-on manuscript critiques.

Tara is a ghostwriter and author of Dracula of the West Side and Number Seven (2018). She’s the author of the dark comedy play, “Deadbeat” (2017). The play premiered on May 21, 2018 at the Pittsburgh Playwrights Theater, downtown Pittsburgh. The production was produced by Wali Jamal Abdullah and directed by Kim El.

She was the featured speaker at the Celebration of Reading in June 2017 and Pittsburgh’s Write On: Black Book Expo in November 2017. Along with speaking at book festivals, BPH hosts an annual writers workshop. She’s been a featured guest on WAMO 100 radio programs and Soul Pitt Quarterly wrote an article about her company in Summer 2017 edition. In addition to her commitment to BPH, she is also Editor-in-Chief for a personal care home monthly magazine in Pennsylvania. 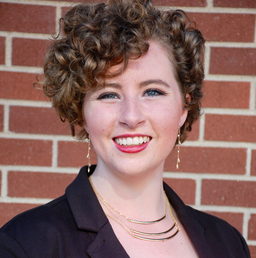 Jori Hanna is a writer and editor from Denver, Colorado. She is a literary scout for CYLE Literary Elite.

As a literary agent, Jori personally seeks/represents suspense novels of any kind. But she is also acting as a literary scout for all of CYLE Literary Elite’s agents. That means she is happy to take pitches for picture books, board books, chapter books, middle grade (any kind), young adult (any kind), science fiction, fantasy, magical realism, romance, historical, women’s, Christian fiction, literary fiction, and mainstream fiction. In nonfiction, her agency seeks devotionals, self-help, inspirational, and parenting.

Ever since she started reading in the second grade, Jori has loved books and the writing process. She attended Taylor University for a B.S. in Professional Writing and discovered a love for suspense, crime, thrillers, and mysteries. She enjoys anything that allows her to pretend she could be a spy (such as a weapons class at the dojo she where she studied Karate, excuses to dress up and meet people, and random facts that may never be useful in normal, everyday life). Jori is passionate about helping others achieve their highest potential.

Liz Pelletier is the publisher of Entangled Publishing.

At the 2020 Colorado workshop, Liz is teaching a class and meeting with writers for one-on-one pitches.

She is taking pitches for adult romance, YA romance, and mainstream adult thrillers.

Liz co-founded Entangled Publishing in 2011. Over the past ten years, Entangled has gone from a small start-up to a bestselling romance publisher, with more than 18 NYT bestsellers and 71 USA Today bestsellers. Her out-of the-box approach to everything from pricing strategies to marketing to editorial allows Entangled to be both disruptive and agile within a dynamic publishing landscape. You can find her on Twitter at @Liz_Pelletier.

Eric Smith is a literary agent with P.S. Literary Agency.

Eric began his publishing career at Quirk Books in Philadelphia, working social media and marketing on numerous books he absolutely adored. Eric completed his BA in English at Kean University, and his MA in English at Arcadia University. A frequent blogger, his ramblings about books appear on Book Riot, Paste Magazine, Barnes & Noble’s blog, and more. As an author, he’s been published by Bloomsbury, Quirk, and Flux.

At the 2020 Colorado workshop, he is taking pitches, and also giving a speech.

He is seeking: He seeks adult science fiction and fantasy. “I’m looking for accessible fantasy and sci-fi, especially books that do a bit of genre blending. John Scalzi is probably the perfect example. Redshirts (sci-fi collides with pop culture) and Lock In (sci-fi smashed up with noir and mystery) are great comparables for what I love.” That said, no adult epic fantasy or military sci-fi, please. He likes adult literary & commercial/mainstream fiction: “Again, the sweet spot here, is work that does a bit of genre mashing. Think Station Eleven or The Last Policeman (one of my favorite books ever). I like literary novels with a splash of quirk.” Thrillers and mysteries are welcome, but no thrillers about terrorism, please. In young adult, he seeks contemporary, science fiction and fantasy — including diverse voices/books or genre blending. For nonfiction, he likes cookbooks (particularly ideas from bloggers), books that focus on pop culture and geekery, fun books that teach readers about the odd and the unique (a la Mary Roach), and essay collections & memoir from people who are writing and publishing pieces actively. 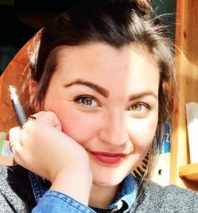 Lesley Sabga is a literary agent with The Seymour Agency.

At the 2020 Colorado workshop, she is teaching on social media. She is also meeting with attendees for one-on-one pitches.

When she is not rescuing animals or searching for her next debut author, Lesley is a constant occupant at local bookstores in Colorado Springs and is a self-proclaimed coffee aficionado.

Eve Porinchak is an author, as well as a former literary agent.

At the 2020 Colorado workshop, Eve is offering critiques for attendees.

Since earning degrees in Biology and Psychology from UCLA, Eve has lived all over the planet and spent much of her time in and out of jail – as a creative writing teacher for teen inmates. A former agent with Jill Corcoran Literary Agency, Eve also attended medical school, served as a social worker with foster youth and homeless populations, and taught everything from first grade to college courses.

Eve writes stories featuring youth she feels have been underrepresented in children’s literature, such as those born into gang life, the abandoned, and the incarcerated who – ironically – have the most fascinating tales to tell. Her first book, the critically acclaimed ONE CUT – a haunting nonfiction story with a juvenile justice bent – launched Simon and Schuster’s new young adult true crime line, Simon True.

Ricki Cardenas is the author of two humorous women’s fiction novels, Mr. Right-Swipe (2017) and Georgia Author of the Year finalist Switch and Bait (2018), both published by Grand Central (Hachette) under the name Ricki Schultz.

She’s currently working on a Young Adult series. Among other publications, she has contributed to Writer’s Digest Books, and she is also a freelance editor. She earned a B.A. in English and an M.Ed. in Secondary Education from John Carroll University in Cleveland, Ohio, and she’s taught English for most of her adult life. She lives in Atlanta now with her husband and two beagles, and her writing is represented by Barbara Poelle of Irene Goodman Literary Agency.

At the 2020 event, the popular Ricki will be critiquing manuscripts for many different categories. 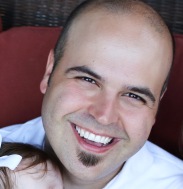 Brian A. Klems (@BrianKlems) is the former online editor of WritersDigest.com.

He is the co-coordinator of the 2020 Colorado Writing Workshop. At the event, he is teaching a class.

His blog during his tenure there, The Writer’s Dig—which covered everything writing and publishing—was one of the largest blogs in the writing community.

Brian’s first book, Oh Boy, You’re Having a Girl: A Dad’s Guide to Raising Daughters (Adams Media) was released in 2013. It received high-level buzz and praise from some of the funniest writers alive, including Dave Barry and Bruce Cameron. Brian is also a proud graduate of the Ohio University E.W. Scripps School of Journalism, a husband, softball infielder, perennial fantasy sports underachiever, and father of three lovely little girls.